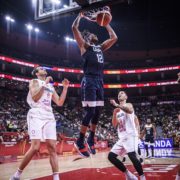 Team USA lost its second consecutive FIBA World Cup game as Serbia came out on top with 94-89 being the final score.

Myles Turner ended his performance with 10 points (50% FG, 33.3% 3P, 50% FT), 5 rebounds, 2 blocks, and 1 turnover. Team USA decided to close the game with a center on the floor as opposed to going with a super small-ball lineup and that resulted in Myles playing for around 24 minutes.

It was a slow start for Team USA as they found themselves trailing 32-7 at the end of the first quarter. They did manage to find a rhythm to close out the opening half. After outscoring Serbia 33-12 in the second quarter, Team USA trailed 44-40 at halftime.

The game remained close in the second half and Team USA outscored Serbia 28-27 in the third quarter. The final period of the began with Team USA going the initial 3:46 before scoring. Their struggles continued and resulted in an 85-72 lead for Serbia with 4:48 left to play.

There was a respectable effort from Team USA to try to rally late in the game. After a three-pointer by Kemba Walker, they were down 91-87 with 59 seconds remaining. They had to try to foul for the rest of the game to preserve time on the clock but Serbia executed well and kept the game out of reach.

Serbia’s team is made up of talented NBA players like Nikola Jokic, Bogdan Bogdanovic, Nemanja Bjelica, and Boban Marjanovic. Their supporting cast of shooters from international leagues provided a necessary boost to complement their NBA talents.

Team USA will compete with Poland for 7th place on Saturday at 7 PM EDT at the Dongfeng Nissan Cultural and Sports Centre. That game can be streamed via the ESPN+ app. 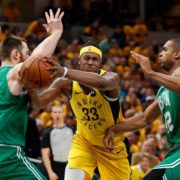 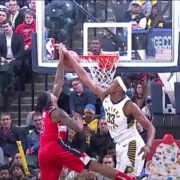 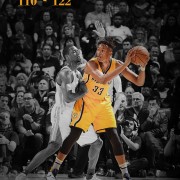 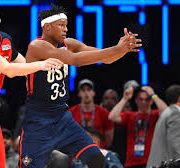 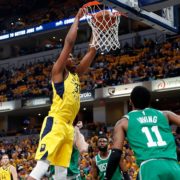 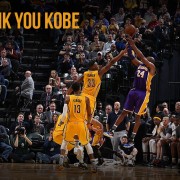 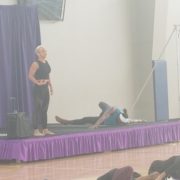 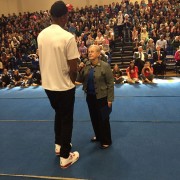